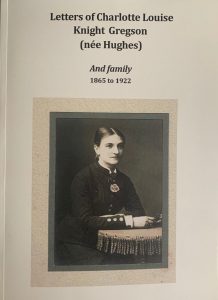 People from the UK, USA and most Australian states and territories are expected to travel to the Hilltops Region over the Easter holiday weekend for the family reunion of one of the district’s pioneering families.

The two-day reunion will centre on Galong and Harden Murrumburrah and will feature the launching of rare historic letters, a tour of significant sites, display of major family artefacts, a church bell restoration fundraiser, reunion dinner and a children’s activity.

The family members are descendants of George Knight Gregson and his girlfriend, later wife, Charlotte Louise Hughes who migrated to Australia in 1876-1877 and settled in Murrumburrah.

George worked as a bank manager for the Oriental Bank before his appointment as bookkeeper at “Cunningham Plains”.

When this property was broken up the family brought one of the blocks, to be known as “Camden Springs” where they built a cottage.

Other family members residing in the district include Richard and Margaret Knight Gregson, who live at “Old Barwang” and Dr Tony Willsallen of Jugiong and their siblings.

Among the highlights of the reunion is the online publication of the letters of Charlotte Louise Knight Gregson and family by the National Library of Australia.

The 444 letters span her life from her teenage years in Brussels from 1865 to her death at the family property in 1922.

The online book provides a very stimulating, sometimes moving account of life in the district.

It is described by Deputy Director General of the National Library as an outstanding example of a rare collection of a rural woman’s life story.

The reunion will be held from 10-12 April , with the major event venue the Galong Community Hall.