The geological origins of the Hilltops Region are mysterious; millions of years ago fertile soils arrived and have nourished humans for thousands of years. The original custodians of the land were the Wiradjuri people. In the 1820's Europeans arrived in the district now known as Boorowa; areas further west in were settled in about 1830. Gold rushes brought a higher population, and from 1860 and towns and villages grew.

The Hilltops is one of the Australia's most fertile regions. Before European settlement, the original land owners of the Hilltops Region were the Wiradjuri people, who sowed and reaped crops of local legumes, seeds and yams, and used fires stick farming and other brilliant technologies to manage indigenous livestock. The returning boomerang mimicked a bird of prey: thrown above ducks, the boomerang frightened them into a waiting net. Small patches of grass were burned sequentially in bush areas, kangaroos and wallabies attracted to fresh regrowth could be easily speared. A coincidence of history meant peaceable first contact between some Wiradjuri people and European settlers in the Hilltops region. The NSW Colony's government in 1826 declared the "limits of location," beyond which settlers were not protected by the colonial government. 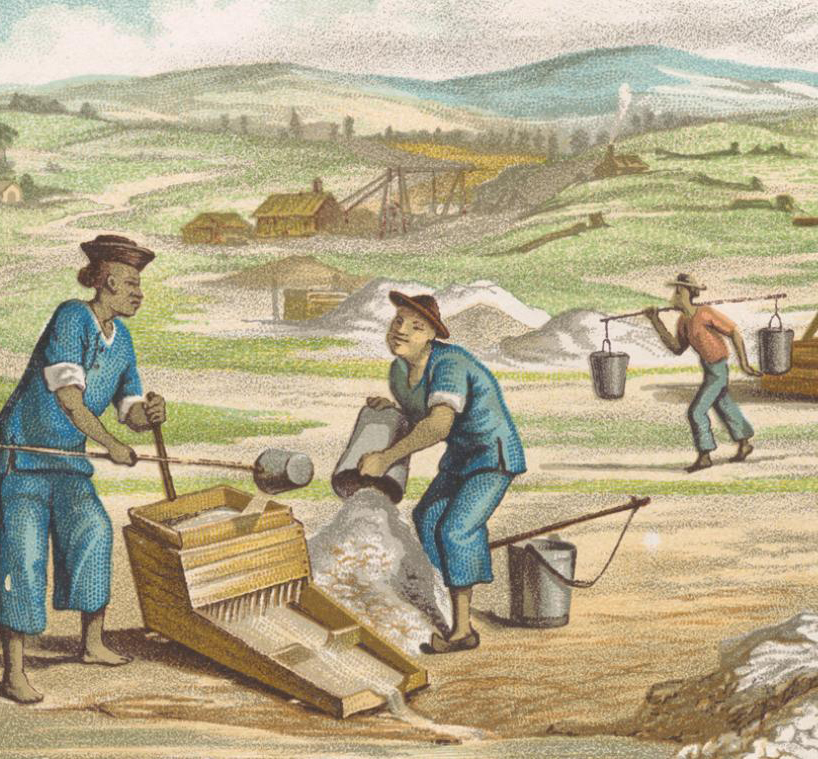 When James White wanted to graze sheep and cattle outside those limits he had to negotiate with the Wiradjuri people. Running their livestock and cropping on this fertile land, the Wiradjuri were solidly built healthy people, some men over 213 cm (7 feet) tall, and great warriors. They’d also had plenty of notice of the arrival of Europeans with their overwhelming technologies: not only horse transport and metal guns and axes, but the convenience of cattle and sheep efficiently turning vegetation into protein. They negotiated with White, learned to ride, and became pastoral workers. Throughout this period, they were able to maintain the ceremonies and connection to the land they’d nurtured for thousands of years before European settlement. When Gold was discovered and European workers left the land to prospect for their fortunes, the wool industry relied on indigenous labour. Gold brought closer populations with a cultural mix, so that into the mainly British society came Italians, Germans, Dutch and French – and Americans, including African Americans, and the Chinese, who worked in close teams on the diggings.

Many miners stayed on once the gold ran out, and huge pastoral properties were broken up. Close farming settlement remained around the towns and villages near Young and Harden after the mining rushes. The Wiradjuri people became contractors, still using pastoral skills such as fencing and shearing and horsemanship. This was the time when horticulture began, and cherries and other fruits were planted on an industrial scale. Railways arrived from the late 1870s: transport of goods to market within 24 hours developed the economy and therefore the population. In 1889 the provision of electricity gave the economy a fillip. Local Pastoralists invested in the town, guaranteeing loans for prospective businesses, and Wiradjuri contractors added fruit picking to their repertoire of skills. After World War I, soldier-settlement areas were established in the region, and the rural population continued to grow. The Cool Stores in Young were built by the small farmers’ co-operative with the backing of pastoralists: the large refrigeration plant made possible by the electrical generating station. Young became the region’s chief commercial and business centre. Harden grew as a major railway centre, with pastures and wheat growing, Boorowa remained chiefly a pastoral economy with broad acre properties. These days crops such as canola and barley and triticale are also grown across the Region.

EXPLORE BOOROWA'S HISTORY ON A SELF-GUIDED WALK ALONG THE SHAMROCK TRAIL TAKING IN BEAUTIFUL PATRICK'S CATHOLIC CHURCH AND THE UNUSUAL OCTAGONAL WAR MEMORIAL.

SEE A STORY OF THE AUSTRALIA LIGHT HORSE.
ENJOY A STROLL THROUGH THE TRANQUIL CHINESE TRIBUTE GARDEN NEAR YOUNG, WHERE SWANS AND OTHER WATER BIRDS NEST ON THE SERIES OF SMALL LAKES.