Located just 30 minutes from Young and 90 minutes from Canberra on the Burley Griffin way are the twin towns of Harden and Murrumburrah. To a visitor there seems no distinctive point where one town ends and the other begins. Murrumburrah was founded on Murimboola Creek in the 1840s. In 1877 a major station on the Sydney-Melbourne railway line was established a mile up the hill. Murrumburrah remained the township, while the station became known as Harden. In 1885 a branch line servicing Young and beyond was opened. Workers employed in the railway workshops built to service the trains expanded the Harden population.

ENJOY THE SITES OF THE TWIN TOWNS 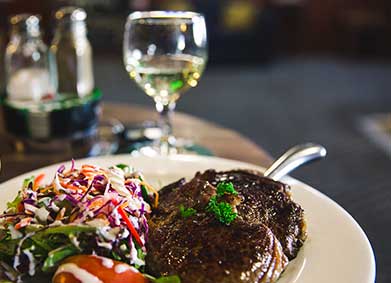 Distinctive church spires and towers give a dramatic silhouette to the twin towns. Because the two towns developed at different times they offer distinctive architectural styles. Murrumburrah has two former bank buildings in the Arts & Crafts style, the earlier buildings in the Italianate style: look at the elegant red brick courthouse: the museum is located at the bottom of the hill in the old Mechanics Institute, it is in the Federation Style.
The Light Horse Memorial in Albury Street honours the district’s contribution to Australian history. A Heritage Footbridge leads to St Mary’s Church and a view of the town, certainly worth the climb. Harden Murrumburrah offers a range of cafes, pub meals and accommodation.
Harden’s vibrant town centre, north of the Highway around Neill Street, is the commercial precinct of the twin towns. The newly landscaped main street has dramatic groups of mature date palms, and shade trees framing attractive Federation era and Federation Style shops, hotels, banks and a Mechanics’ Institute. The Railway Station, still in use but not manned, is a reminder of the scale of passenger and goods traffic that built the town.
Between the town centres you can swim, order a metal fireguard or something for your garden, and visit the well-stocked garden centre.
An alternative to the main Road to Young takes you beside the magnificent railway viaduct, is through the lovely Currawong valley, past charming homesteads and the beautiful Currawong Church.
Historic charm and discovery coupled with friendly country hospitality. Harden-Murrumburrah awaits you!