Maimuru is a small village 15 minutes to the north of Young close to the town's airport. On a steep rise offering breathtaking views of the surrounding broad acre paddocks and orchards, Maimuru is a picturesque photo-stop on your visit to the Hilltops region.Its sweet traditional wooden Public School overlooks whole valley of Maimuru. A post World War 1 soldier settlement, its intensive prune production has given way to olive and dairy production. The historic Clifton House provides a gateway to the village and is now used as a luxury event venue and farm stay.

In 1908 some 670 residents of Young petitioned the Minister for Lands seeking to have approximately 60,000 acres of prime farming land resumed for closer settlement around the township of Young. A notification in the Government Gazette proposed the acquisition of part of the Clifton Estate for the purpose of the Closer Settlement Act. Clifton Estate remained a target for resumption by the NSW Government up until 1918 when it was reported in the Young Witness newspaper that Clifton Estate would be resumed for soldier settlement. The village of Maimuru was borne from the land resumption together with the Quamby soldier settlement blocks. Today the Maimuru SS and Quamby SS roads remain the only reminders of the ‘soldier settlements’. 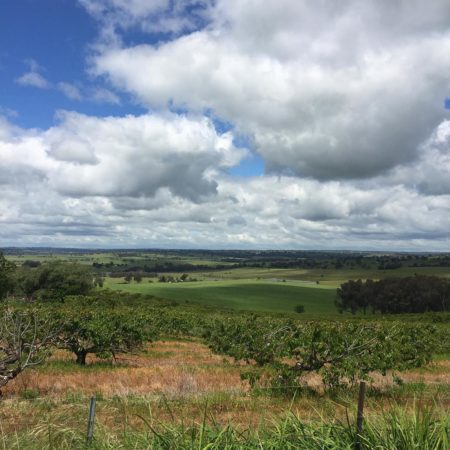 The grandson of a convict sentenced to death for horse theft but saved by a term of seven years’ transportation to Australia, Richard Hutchinson Roberts is one of the Hilltops earliest selectors to take up virgin farming land in Young. Commissioned a Justice of the Peace in 1861, Richard held office in the NSW Lower House and was a member of the NSW Legislative Assembly from 1882 until his death in 1903. Richard was the step son of Sir John Lackey. Richard owned prime farming land in the Camden district; Glenquarry district on the Southern Highlands; and had inherited Tiverton Station at Harden. In 1885 Richard added a further 23,000 acres of highly valued agricultural land to his portfolio when purchasing Clifton Estate situate on the footsteps of the Young township.

In 1889 a stone barn was built from granite quarried on Clifton followed by the Clifton homestead being constructed in 1890 using Clifton granite and sandstone brought from Glenquarry on the Southern Highlands. The majestic Clifton homestead was said to be a wedding present for Richard’s daughter. Clifton homestead features a wide marble tiled entrance and hallway, original stately marble fire places, high ornate ceilings and wide veranda’s. Both buildings have been lovingly maintained by a succession of proud owners. Today guests can enjoy the history and 10 hectares of manicured gardens under the banner of “Clifton House & Gardens” as a function centre, licensed cafe and farm stay accommodation venue.

Since 1885 Clifton has been home to a string of highly regarded Merino flocks, Berkshire pigs, station bred horses and beef cattle herds. Clifton today consists of 660 acres and remains a fully operational working farm and home to the Rapalong Stud Mandalong Specials beef cattle herd. The original Clifton Estate was first subdivided in 1903 and again in 1916 by public auction. “Never before in the history of the Young district had the opportunity been offered to secure land of high quality in small areas and to the man of moderate means who wants a comfortable living area in an absolutely safe district close to town. The Clifton sale must appeal to him as no other subdivision has done. There are no reserves. Liberal terms are offered to purchasers and immediately delivery can be given.” (Wagga Daily Advertiser newspaper).